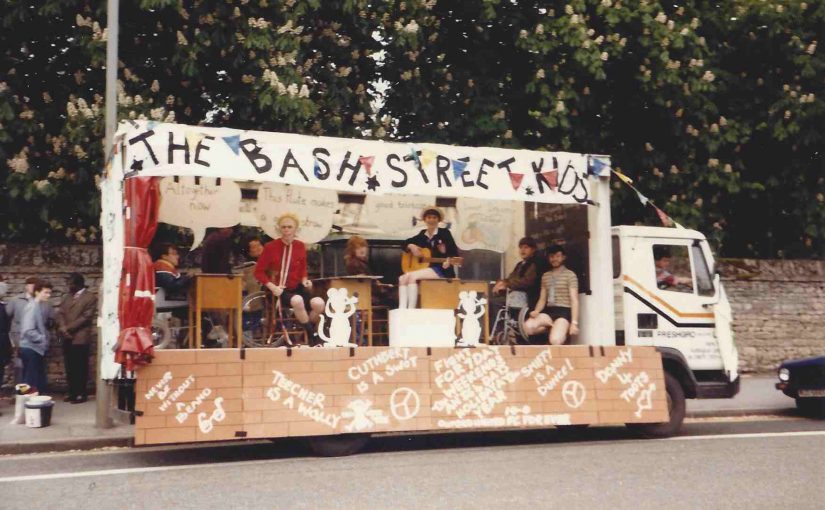 Oxford has had a Mayor since about 1205, and a Lord Mayor since 1962. There is a parade to mark the changeover from one Lord Mayor to the next on the late May Bank Holiday Monday.

It was a great festive occasion, with groups connected with the city joining in the parade on carnival floats, and collecting money in buckets as they drove along the parade route.

In 1986, Oxford Phab had the theme of The Bash Street Kids.

Although the money created was not a huge sum (it was a huge number of 1p and 2p pieces) the publicity and friendly interactions with the public made it all worthwhile.