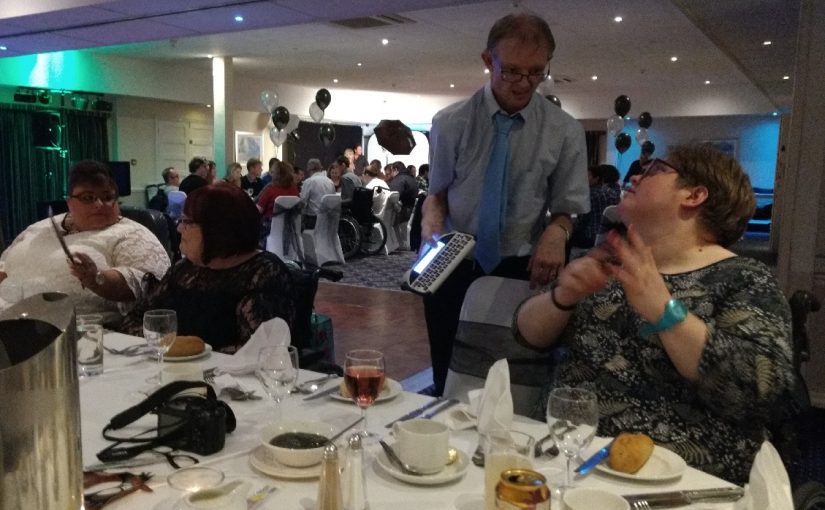 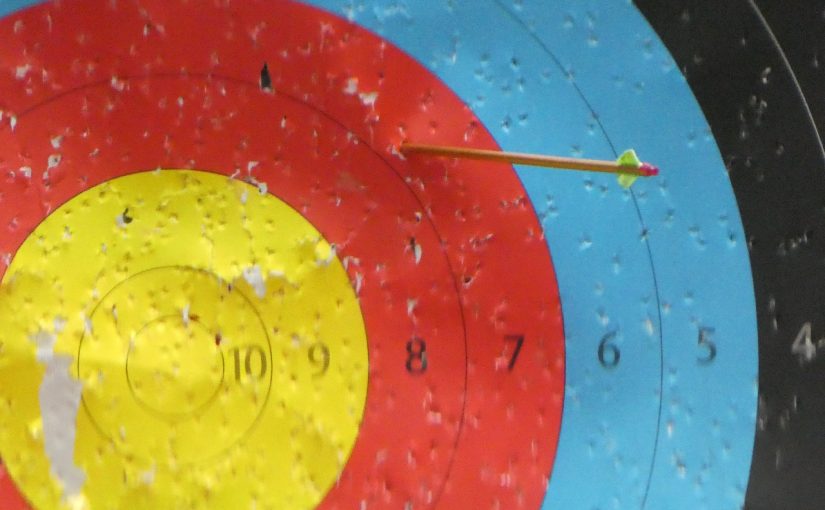 Unfortunately the hoist at the boathouse was broken, so only a small group (who also had to be prepared to forego a Sunday lie-in) were able to go canoeing.

As we always find, the instructor was very good, and had everybody playing ‘tag’ – which he was much better at than everybody else !

A group, mostly of members who had not been able to have a go last year, had a chance to try the Zip Wire.

It was a thrilling experience !

While some members were on the Zip Wire, others were trying their hand at Archery, as we did last year.

Having worked up a good appetite we returned to the Lodge for home made pizza as our Pizza Night in June had gone so well.

Fueled by our lunch we loaded the minibus and cars and went home for a rest !

The Climbing Wall and the High Ropes are adjacent, so although we were split into two groups, we could try different activities, and watch how our friends were getting on.

After our picnic we relaxed and chatted in the lodges for a while, and then set off for the seaside ! 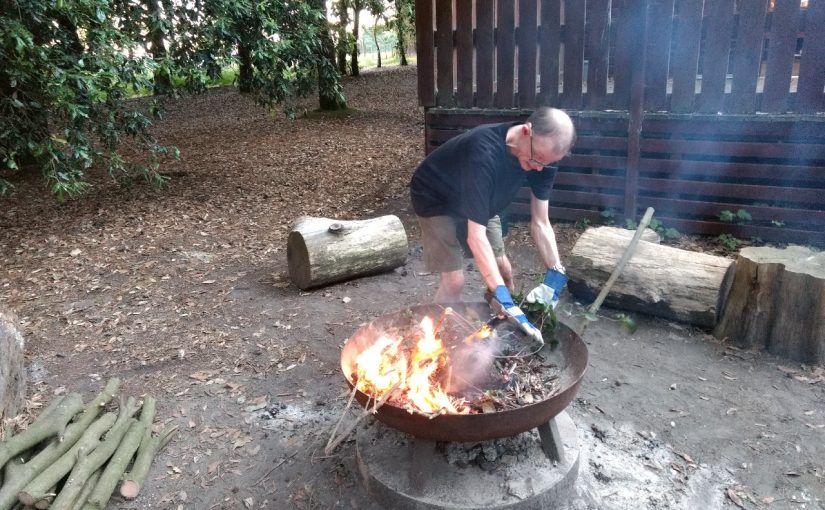 We stopped at The New Forest Wildlife Park to eat the packed lunches which members had brought with them, and then to see the wildlife.

The lynx is normally hard to see, but we were there for feeding time, so had a really good view, and heard an interesting talk.

Finally it was time to return to our minibus and cars and continue to Avon Tyrrell, where we unpacked –

And made our, now traditional, campfire in the firepit beside the lodge.

After sunset we toasted marshmallows and sat around and chatted. A great start to our holiday !

On Sunday morning the day started bright and early and, not quite so early, we made our way to the Climbing Wall and High Ropes.

The instructors are very good, and rope in anyone in the area not actually climbing to hold the rope, which means they know were everybody is, but also means there are fewer pictures. As with last year and the year before, the High Ropes were a great success.

Finally it was time to have some lunch, check the chalets, load up and go home. 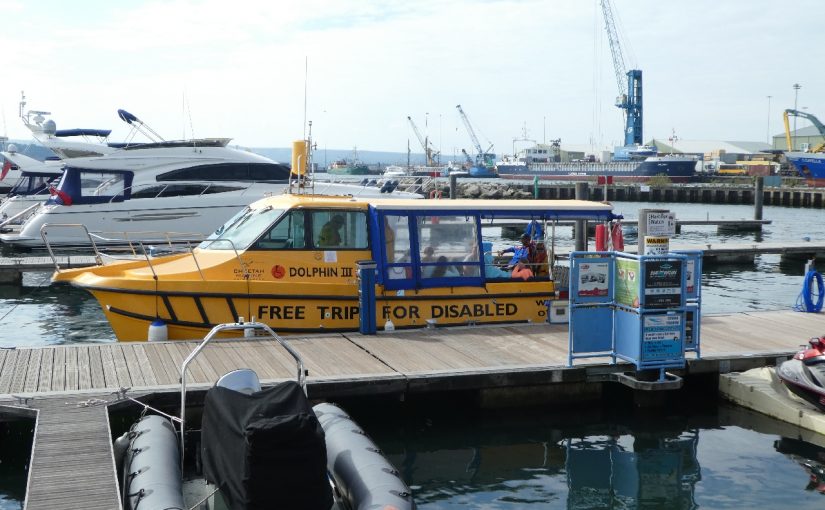 Our little convoy set off for Poole, where we found somewhere to park near the Quay.
Half our group boarded the Dolphin III, an accessible boat operated by the Friends of the Dolphin. The other half explored Poole, including a stop for ice cream, and for some a visit to Poole Museum.

Both groups met up to eat our sandwiches on the Quay, and then the afternoon boat party set off for our nautical adventure !

We all enjoyed our trip.

They even laid on a Optimist Dingy race for us ! Some of us even had a chance to take the helm ! Finally we had to return to rejoin the other group. We all dined on fish and chips and had our traditional group photograph on the Quay

Can you spot the difference ?
Finally we returned to Avon Tyrrell to eat cake, chat and play games. So many people (24) went this year that we used 5 cars. as well as our trusty minibus.


The weather was lovely, so the journey was dreadful ! As well as the normal attraction of a day at the seaside the Bournemouth Air Festival was in progress. Since its formation in 2009 the festival claims to have entertained over nine-million people, and they were all on the roads between Oxford and Avon Tyrrell that day !
We arrived, only a little late for the Archery session we had booked, hastily ate our sandwiches and unleashed our inner toxopholite (shoot arrows in the general direction of the target). After archery we unloaded our luggage, and our valiant kitchen team cooked the choices we had selected of spaghetti  bolognaise, pasta carbonara, or a vegetarian pasta option.
Another keen group of forest foragers had been gathering wood and pine cones, and we had another campfire in the fire pit next to the cabin.

We also had cherry tomatoes and baby sweetcorn as a vegetarian option, but delicious for everybody. 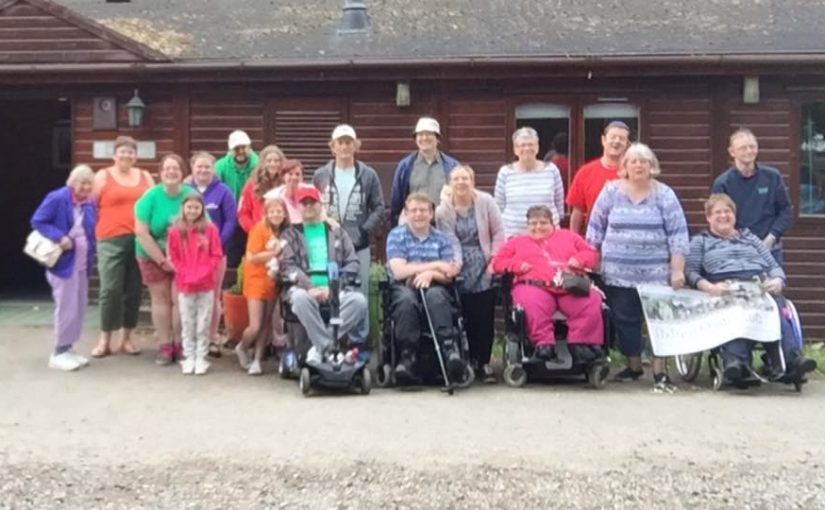 Breakfast was not as elaborate as the Full English we had on Saturday, we had a tasty continental breakfast instead.

We followed this with more activities. People who had not had a chance to do the High Ropes on Saturday now had a chance.

All this activity gave us a good appetite for Chicken Casserole for lunch.
We packed out bags, loaded the minibus and cleaned the chalets. Finally we had the group photography – always an activity in itself  ! Here Helen and Simon are setting up cameras on auto timers to take the picture of the group gathered outside the cabin. 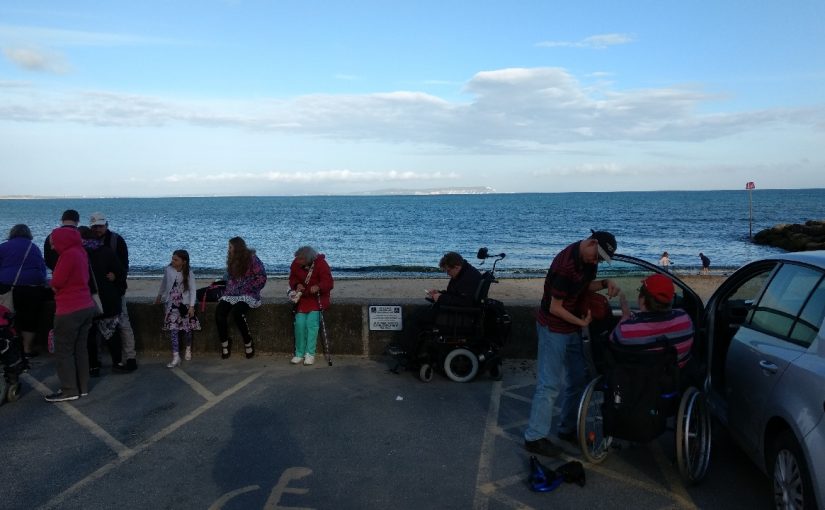 Oxford is a long way from the sea, so when we have the chance on a Phab holiday, we love to go the the sea. Last year we went crabbing at Mudeford, but this time we went for a evening trip to get Fish and Chips from All Things Fish at Avon Beach (OSM). After eating we enjoyed being at the seaside, looking for shells and pebbles, paddling, and watching the view of the Isle of Wight. 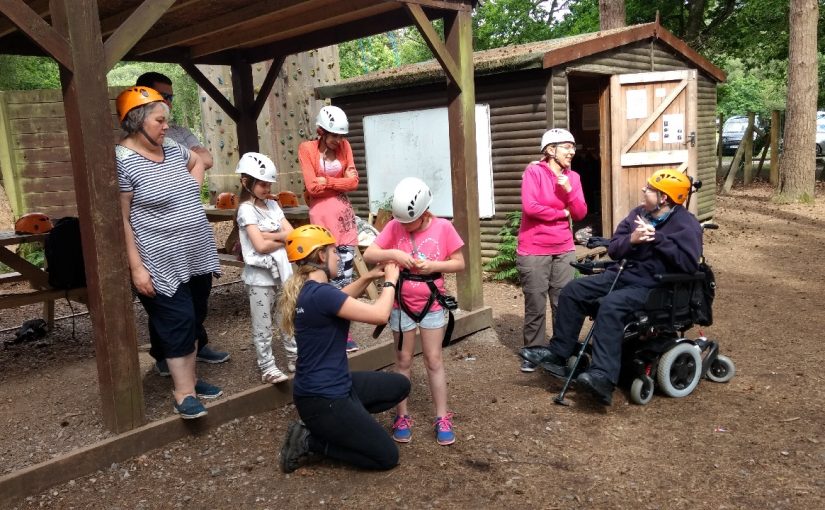 We greatly enjoyed the High Ropes last time, and looked forwarded to challenging ourselves again this year.