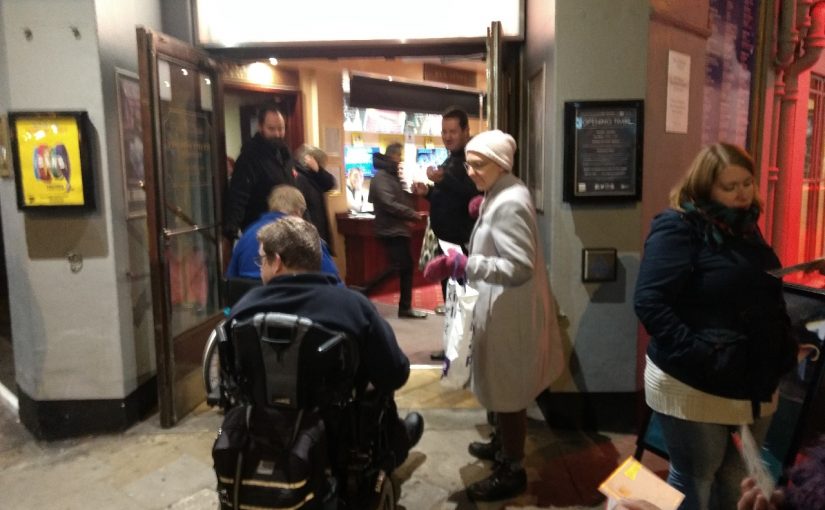 It was a cold night outside in Oxford, but there was plenty of warm and energy in the New Theatre, where we saw The Band – a musical featuring a group of teenage girls, fans of the boy band Take That, and their re-union twenty five years later.
The audience responded with enthusiasm to the performance, and we would like to particularly thank the people in the row in front of Tricia and Kelly.  They realised that our members, being in wheelchairs, could not see if people were standing in front of them, so made a gap so Kelly and Tricia could still see the rousing finale.
The staff at the theatre were very helpful, producing a ramp to help us get out, when it looked as if a technical hitch with the lift might have prevented us leaving after the show !